According to Voices for Children, a Nebraska family of three with parents who work full-time year-round qualifies for childcare subsidies until the parents' combined earnings reach $11.01 per hour. However, the same family must earn $21.77 per hour to achieve self-sufficiency and afford expenses including childcare. This leaves a gap where achieving self-sufficiency becomes increasingly difficult as Nebraska is one of the few remaining states without a graduated system to lessen family's reliance on financial assistance. This is known as the Cliff Effect because even a slight change in income can disqualify their eligibility subsidies and push them off the "cliff" of self-sustainability.

The bulk of our families live at or below the poverty line and 88% qualify for free and reduced meals. The American Community Survey reports that households with children under 18 in our service area have a higher rate of poverty than the 12.6% community average.  Many of our parents often work multiple jobs while trying to complete their own education and are sometimes put in a situation of having to choose between basic needs and stable childcare solutions. 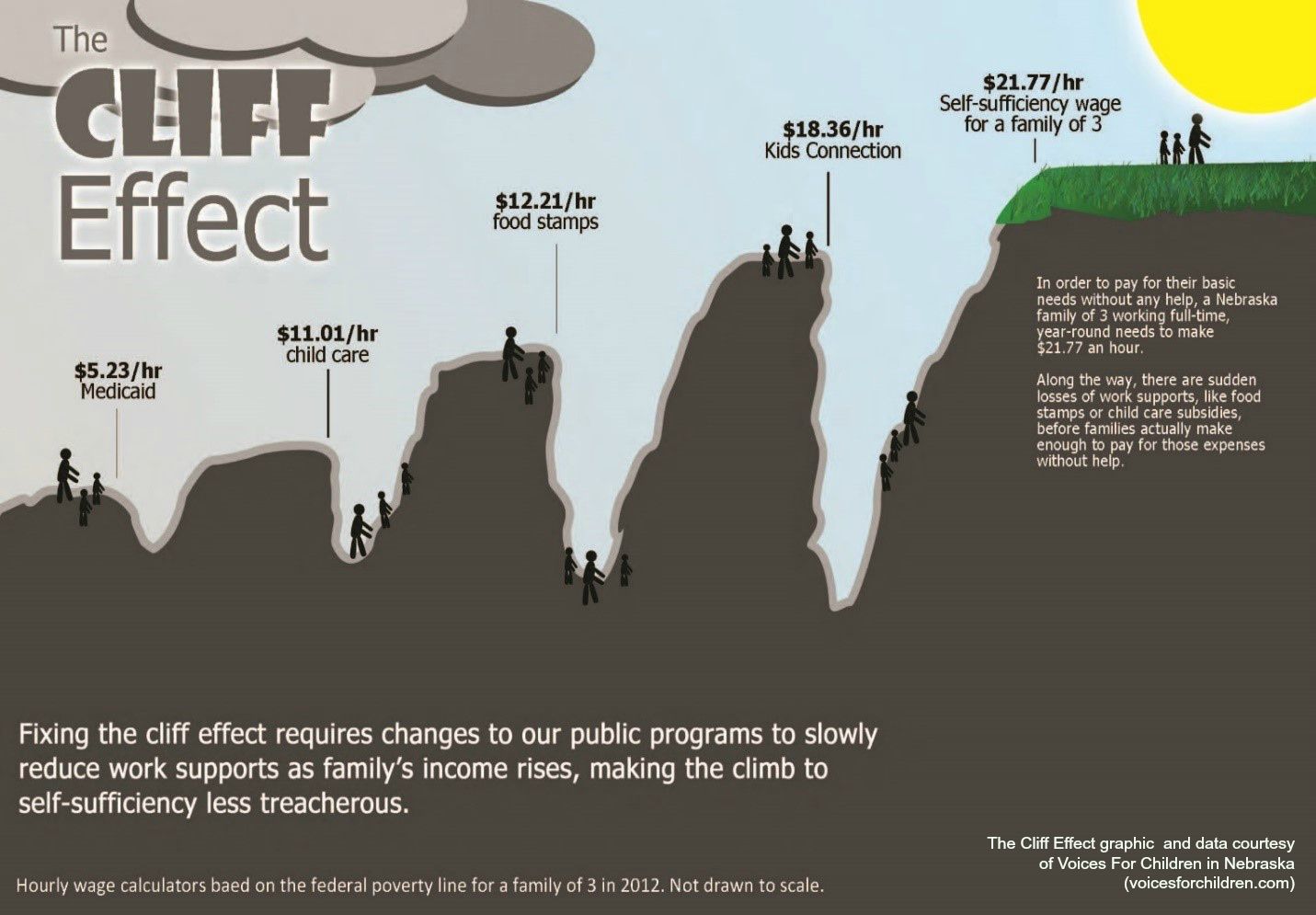